We study neural circuits in the basal ganglia, a multifunctional brain region that plays a role in the regulation of movement, learning, motivation, and reward. Ongoing projects include:

1. Study of neural circuits in the external segment of the globus pallidus (GPe)

We use transgenic mouse lines to subdivide neuronal populations in the GPe (Mastro et al., 2014). In dopamine depleted mice, optogenetic strategies that selectively elevate the firing of PV-GPe neurons above that of Lhx6-GPe neurons induce long-lasting recovery of movement that persists hours beyond stimulation (Mastro et al., 2017). Current projects seek to elucidating the anatomical and functional pathways through which GPe interventions mediate their long-lasting therapeutic effects. Studies include in vivo recordings from different nodes throughout the circuit, slice electrophysiology studies of synaptic plasticity, and anatomical studies to delineate cell-specific pathways. (Image showing behavioral rescue; pretty anatomy; and slice recordings) 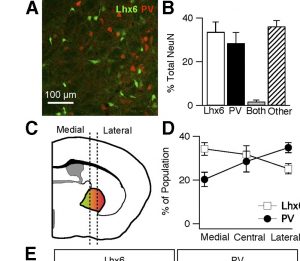 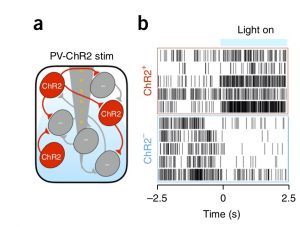 The brain is remarkable for its ability to maintain function despite constant changes in the external environment. In neurological diseases such as Parkinson’s disease, symptoms likely emerge only once the brain’s compensatory capabilities have been surpassed. To study how basal ganglia and related motor circuits adapt when challenged with chronically low levels of dopamine, we have developed a gradual depletion model using low-dose infusions of 6-OHDA to control the rate of dopamine depletion over weeks or months. (Willard et al., 2016).

The learning and mastery of motor skills requires the coordination of many areas across the brain including the basal ganglia, cortex, thalamus, and cerebellum. Through a collaboration with Steve Chase in Biomedical Engineering, we have developed a running wheel/paw tracking system to study the kinematics of how motor skills are learned and mastered over time. Using optogenetics, fiber photometry, and disease models, we will elucidate large-scale brain circuits required to learn and maintain motor performance. 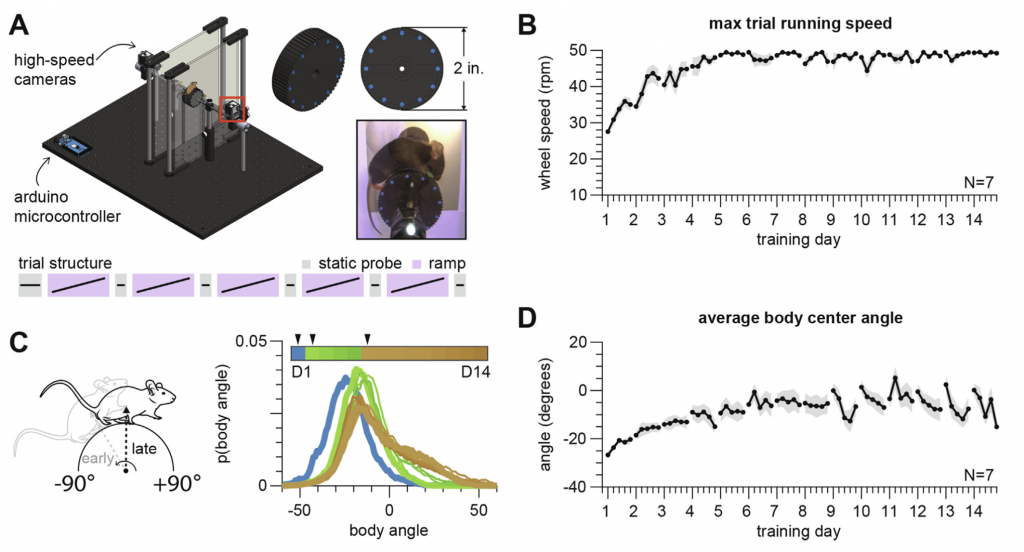 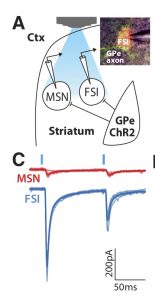 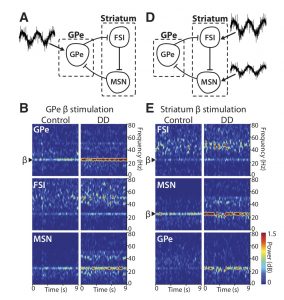