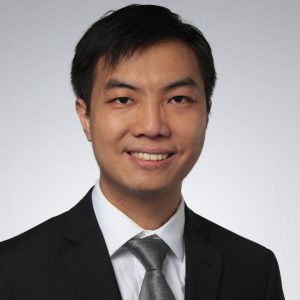 Yongxin (Leon) received his B.Sc. in Chemistry at Sun Yat-sen University, China. He then joined the Department of Chemistry at University of Alberta, Canada, in 2009. Under the guidance of Professors Robert E. Campbell and D. Jed Harrison, Yongxin worked on the development of novel directed evolution approaches for improved optogenetic calcium ion and voltage indicators for his doctoral projects. He developed the neuronal imaging tools, GECO and QuasAr families, which have been distributed to and used by hundreds of research groups worldwide. After earning his Ph.D. in 2014, Yongxin went on and joined Professor Ed Boyden’s lab as a postdoctoral associate at MIT Media lab. In the Boyden lab, he developed a transformative imaging approach, termed Expansion Pathology, for visualization of biomolecules in clinical samples with nanoscale precision using only conventional light microscopes. In the fall of 2017, he started his Biophotonics Engineering lab in the Department of Biological Sciences at Carnegie Mellon University.

Dr. Zhao is a chemist by training and a biomedical engineer skilled in many fields of engineering and science, ranging from protein engineering to neuroscience to chemistry to optics. He is the critical inventor of genetically encoded calcium ion indicators, GECO family (Science 2011), and genetically encoded voltage indicators, QuasAr (Nature Methods 2014; Nature Communication 2014). Both tools have been distributed and used by thousands of research labs worldwide. Zhao is also the key inventor of various new imaging tools based on Expansion Microscopy (Nature Biotechnology 2017; Nature Protocol 2020; Advanced Science 2022), enabling nanoscale imaging of biological and clinical specimens. The mission of Zhao Biophotonics group is to develop and apply new tools to establish an ultra-high-resolution biomolecule atlas of the brain and other complex biological systems and interrogate the biological mechanisms, fostering discovery, new diagnosis, and therapeutics in the long run. His multidisciplinary research program tackles intractable problems in biology, pathology, and medicine by collaborating with biologists, computer scientists, and clinicians around the globe.

Zhao is the recipient of Governor General Academic Gold Medal (highest honor for Ph.D. graduates in Canada), Kaufman, DSF charitable foundation, and NIH Director’s New Innovator Award. Since he started his lab in 2017, he and his team have won more than $5M funds from federal and state governments and various foundations, filed 4 patent applications, and published 20 papers. In addition, he has been invited to speak at various conferences and top-research institutes around the globe, including the Grand Challenge Annual meeting founded by the Bill & Melinda Gates Foundation.