The elucidation of echinoderm GRNs relies on silencing regulatory genes, typically by injecting morpholino antisense oligonucleotides (MOs) into fertilized eggs. This has proven a very powerful approach for determining regulatory interactions early in development and those mediated by transcription factors (TFs) that are expressed in a single tissue. Such a strategy is less useful, however, for exploring dynamic changes in network circuitry; e.g., for probing potential late regulatory functions of genes that also have early functions. Another significant challenge is that most regulatory genes are expressed in multiple tissues, making ubiquitous knockdowns difficult to interpret.

The RDRG has used new methods for producing photoactivatable (caged) MOs, reagents that can be used for the spatiotemporal control of gene silencing. A major advantage of light optical approaches for manipulating gene expression is that they provide single-cell resolution and a high degree of temporal control. Moreover, echinoderm embryos are ideally suited for light-based approaches due to their small size and optical transparency. Photoactivatable MOs represents an important technological advance, making possible for the first time the direct interrogation of GRN circuitry at late developmental stages and in specific tissues. 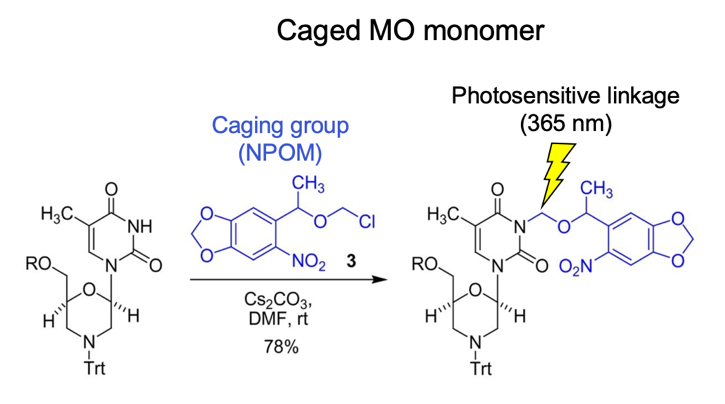 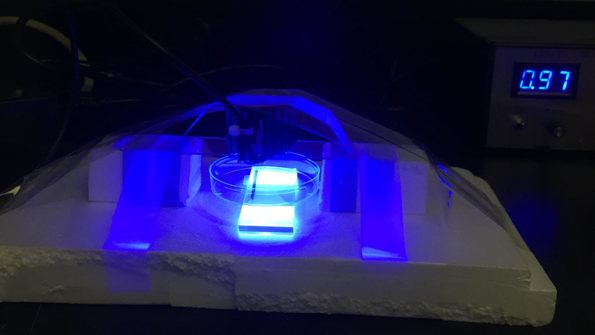 Photoactivation of a caged MO with a 365 nm LED following microinjection into sea urchin eggs.